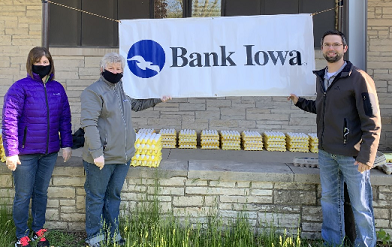 The First National Bank Of Humboldt

We buy all national currency. Please call or email us for a quote. [email protected]

The First National Bank Of Humboldt in Iowa printed 7,162 individual notes from the type2 1929 $5 national bank note series. This is a pretty typical print run for type2 national bank notes. Values will be across the board based on demand. This was an easy and popular denomination for national banks. Five dollars could buy a lot of different things back in 1929 and the early 1930s. 1929 type2 five dollar bank notes are available in quantities today. However, some notes can be extremely rare. The exact value all depends on the bank of issue and condition. Contact us and we would be happy to give a free appraisal.
Series of 1929 Type2 $5 National Bank Note

Email Us Today To Receive Our Offer: [email protected]

RSSD:The unique number assigned by the Federal Reserve Board (FRB) to the top regulatory bank holding company. This unique identifier for Bank Iowa is 187947.

FDIC CERT #:The certificate number assigned to an institution for deposit insurance. The FDIC Certificate Number for Bank Iowa Humboldt Branch office of Bank Iowa in Humboldt, IA is 14521. This unique NUMBER is assigned by the FDIC and is used to identify institutions and for the issuance of insurance certificates by FDIC.

Humboldt, IA – A longtime leader at Bank Iowa in Humboldt is stepping away from his position.

Regional President David Boswell has announced he will be stepping away from the bank after nearly three decades of serving with the company. Boswell graduated from Iowa State University and began his banking career in 1985 but didn’t join Humboldt and Bank Iowa until 1994.

“I have greatly enjoyed the opportunity to serve our customers in Humboldt and the community.” He says it is his “hope and desire” that the community has progressed under his leadership with Bank Iowa.

He says that industrial base is very important for Humboldt as an economic system. “That industrial base has allowed Humboldt to weather the agricultural trends and been able to keep Humboldt progressing through the last several decades.” Boswell says that a lot of communities do not have that same ability.

While this is a good bye to Bank Iowa for Boswell it is not a good bye to the community or even the work. “I’m calling it a semi-retirement.” He and his wife, Jennifer, plan to stay in town. Jennifer is a current second grade teacher at Taft Elementary School and plans to stay there.

Boswell says he will look for additional opportunities as they present themselves. However, it has to be the right opportunity for him in the right field.

David Boswell’s time with Bank Iowa will come to an end on April 30. He would like to than the community, the bank, his customers and staff at Bank Iowa who he trusts will carry on the work he’s done while he was one of their leaders. 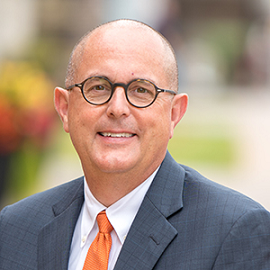