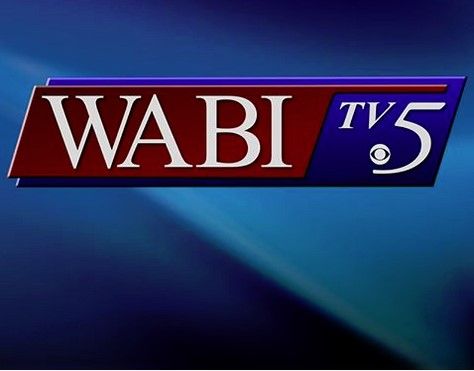 WSTM WSTQ WTVH provide up to the minute news, sports, weather and community notices to Syracuse Allegra joined the WABI TV5 news team in July of 2020. BANGOR, Maine (WABI) - The next low pressure system will move northeast Sunday night into Monday. The track of the low looks to stay far enough east that. The National Weather Service has just issued a Winter Weather Advisory for all of Maine. This means that you should expect hazardous road.

BANGOR, Maine (WABI) - A southerly breeze on the backside of departing high pressure will pull a rather mild airmass up into Maine today, with high temps inland climbing into the 50s to very low 60s, while along the coast the temps will hold in the upper 40s to lower 50s under mostly cloudy skies. A powerful cold front approaching from the west combined with strong energy aloft moving into the Northeast will cause another storm to develop just to our south tonight, with the storm then lifting north through New England on Thursday. The storm and frontal system will bring another round of steady and at times heavy rain to the Pine Tree State later tonight through Thursday. Once again, the storm and frontal system will also produce a period of gusty winds across Maine later Thursday through part of Friday. The combination of the heavy rain and melting mountain snow may cause some rivers and streams to overflow their banks and thus the WABI TV5 Forecast Team has declared Thursday a First Alert Weather Day, so stay tuned to the latest forecast from the WABI TV5 Weather Center for updates on our Thursday storm. A colder airmass will begin to sweep into Maine as the storm lifts to our northeast later Thursday allowing lingering precipitation to change to snow during the evening hours, with some accumulation possible, especially across the higher elevation north and west of the Bangor Region.

Approaching high pressure will bring mainly dry and chilly weather to our area Friday, with temps running a few degrees below normal as we end the workweek. An upper-level disturbance swinging across the Northeast may trigger a few rain and snow showers across the Pine Tree State later Friday and Saturday, with the bulk of the scattered showers falling across the north and mountains. At this time Easter Sunday looks variably cloudy and breezy, with high temps likely running in the mid-40s to lower 50s from north to south.

Today: Mostly cloudy with a south to southeast breeze between 5 and 15 mph and high temps in the upper 40s at the coast and 50s to near 60 inland.

Thursday: Rainy and breezy, with a southeast wind becoming northwest between 10 and 20 mph later in the day and high temps in the upper 40s to mid-50s.

Friday: Variably cloudy, scattered snow and rain showers and breezy, with high temps in the upper 30s and 40s.

Saturday: Partly sunny, with highs in the mid-40s to low 50s.

Easter Sunday: Partly cloudy and breezy, with high temps in the upper 40s to lower 50s.

BANGOR, Maine — Anchorman Craig Colson, coastal bureau reporter Susan Farley and five others at WABI-TV 5 got pink slips this week and are the latest victims of the floundering economy, the station’s general manager said Wednesday.

Most of the seven employees got the bad news Tuesday, but the last cut was not made until early Wednesday.

All departments were directly or indirectly affected by the cuts, and four of those who lost their jobs “had 20-plus years with the station, and the remaining three had five or less years of experience,” he said. All are “very talented employees and terrific human beings.”

Colson said in an e-mail Wednesday that “losing my job is a big shock, but it comes as no surprise.”

“I’m very aware of the economic situation the company is facing and I know I’m not alone,” he said. “It seems like not a night goes by that we didn’t have to report that another company was forced to make layoffs or close altogether.”

Colson added: “My one regret is that I wasn’t given a chance to say farewell to the audience, to say goodnight one last time. That’s what I’m doing now. It has been an honor to be able to come into their homes each” night.

Young asked that the off-air employees who lost their jobs not be identified, but said each was provided with a severance package to help “bridge the gap” between jobs.

“These people have a lot of experience and talent. Even the junior people we let go are outstanding, and my hope is they’ll land on their feet again soon,” he said.

Even though the coastal bureau chief is gone, the office, located on High Street in Ellsworth, will not close, Young said.

“We’re going to keep it open and we’ll be dispatching staff from Bangor to the … area to cover news and utilize the bureau and a studio outpost,” Young said.

Farley had worked as the bureau’s chief since August 2003.

Colson was hired by WABI-TV in November 1985 at the age of 18, and has spent his broadcasting career at the station, working for many years under the leadership of his father, longtime WABI anchor Don Colson, who has since retired.

He worked his way up the ladder, first as a photographer, then a field reporter until he made it to the anchor desk doing weekend newscasts. Most recently, he worked as the evening and late-night anchorman.

“Though I leave under difficult circumstances, I’ll always look back at my days at TV-5 with lots of good memories,” Colson said. “I have spent my entire adult life there, working 16 years with my father [and] several years with my brother. It’s also the place where I met my wife.

“I’m also leaving co-workers behind who really feel like parts of my family and will miss them,” he said.

WABI-TV, a CBS affiliate, is owned by Diversified Communications of Portland. It was started by former Gov. Horace Hildreth in 1953 and is still controlled by the Hildreth family, the company’s Web site says. It is Maine’s only locally owned television station, and its studios are located on Hildreth Street in Bangor.

Because about 20 percent of the staffers are veteran employees, Young said, there was no way to make cuts without causing pain.

“It’s an ugly, ugly task cutting jobs, especially in these times,” he said. “In my 26 years, I don’t remember ever having layoffs for economic reasons.

“The economy for our industry is the worst we’ve seen in decades,” he added. “It’s all economic.”

The layoffs were triggered by the “very difficult economy” and were carried out to “maintain long-term vitality” of the station, Young said.

Before the job cuts were made this week, the station and employees “cut every discretionary item that we could cut,” he said, adding, “It’s been quite a journey.”

Some events, such as the Kenduskeag Stream Canoe Race and possibly some University of Maine games, will not be covered as in years past as a cost-saving measure, he said.

“We’re currently evaluating how deep we’ll cut that [sports] schedule, if at all,” Young said. “All of our newscasts will remain intact.”

A wage freeze for the rest of the year also was put into place last week, and earlier this year a decision was made not to fill vacancies created when a couple of people left the station last year, he said.

More articles from the BDN

Members of the Bangor Professional Firefighters IAFF Local 772 was out at the intersection of Bangor Mall Boulevard and Hogan Road asking for donations for the Muscular Dystrophy Association of Northern New England.