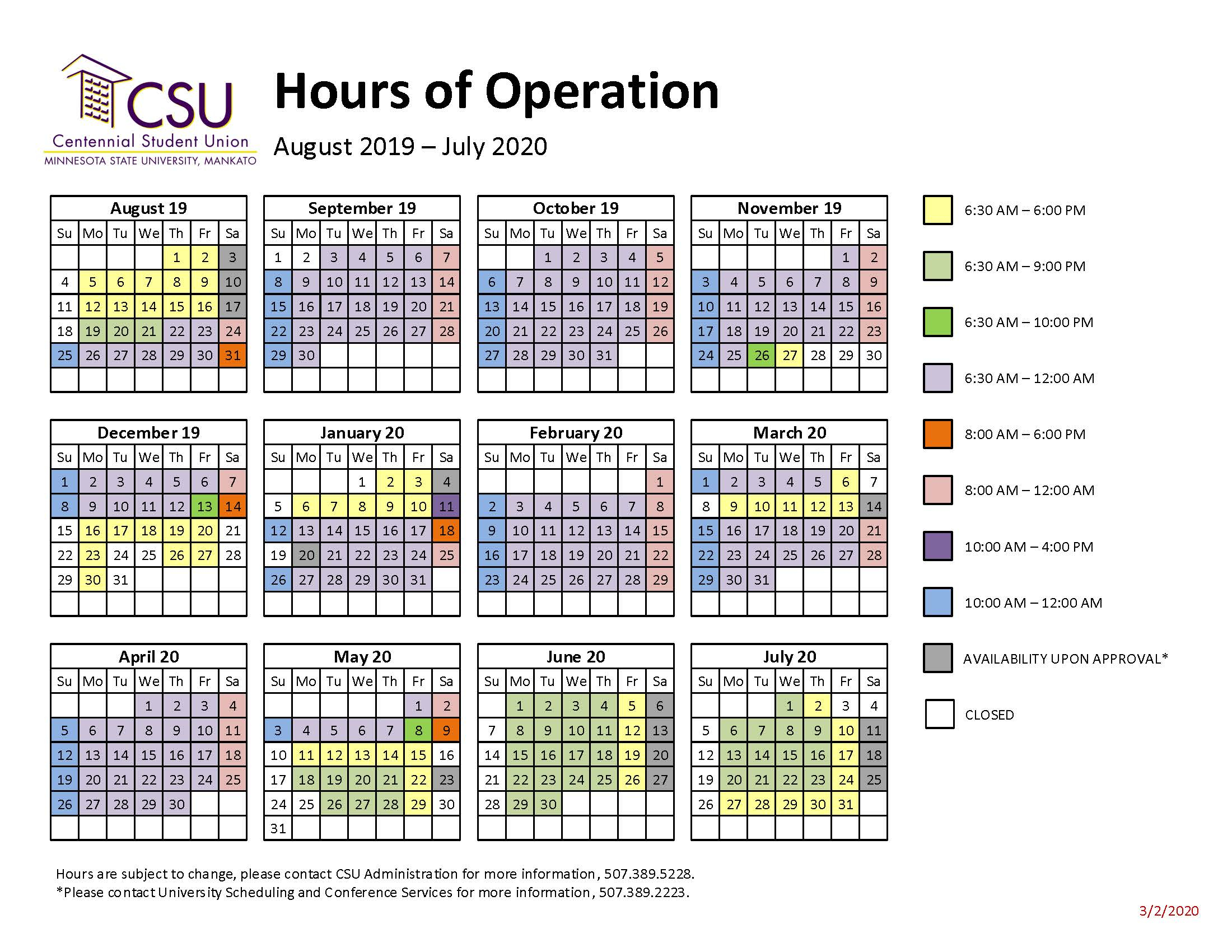 Karen Albrecht, Learner Strategies Teacher
Ms. Albrecht earned her M.A. and licensure in Specific Learning Disabilities and Emotional/Behavioral Disorders at Augsburg University. She also earned a B.A. in Music Education from the University of Wisconsin—River Falls and has completed coursework in Autism Spectrum Disorders at St. Mary’s University of Minnesota. She enjoys teaching elementary students in Apple Valley during the summer and playing the flute. She joined SPCPA’s Special Education department in 2014.

Shelley Duffy, Learner Strategies Teacher
Ms. Duffy earned her B.S. in Education and Special Education from Minnesota State University, Mankato. She began her career at SPCPA in 2011 and has two daughters who are now alumnae. Prior to working at SPCPA, she spent five years teaching Special Education in Lakeville, MN.

James Grev, Math Teacher
Mr. Grev joined the SPCPA staff in 2017. He spent several years private tutoring in math and music, as well as additional studies in physics and economics. Mr. Grev holds an A.S in Engineering Fundamentals from Inver Hills Community College, a B.S. in Math from the University of Minnesota, and a Masters in Math Education from the University of Minnesota.

Kim Hanson, Spanish Teacher
Ms. Hanson received her B.A. in Spanish Teaching from Edgewood College, in Madison, WI. Prior to joining the SPCPA staff in 2017, she taught for 6 years in Illinois. She adores teaching, learning, and spending quality time with her two beautiful children.

Dustin Haug, Science Teacher and Academic Programs Coordinator
Dustin Haug has been a staff member since fall of 2008. He has taught SPCPA students in modern dance, improvisation, partnering, chemistry, physics, and physical science. In 2012, he created the J-Term piece Everything, All at Once for the Evening of Dance showcase. Before SPCPA, Dustin lived in Seattle, WA, where he taught high school science, horticulture, and visual art in addition to touring and performing with KT Niehoff’s lingo dancetheater. He also tutors students in ACT/SAT prep, teaches dance outside of SPCPA at Zenon Dance School, and performs with Mathew Janczewski’s ARENA Dances. He loves his job and is super inspired by his students every day.

Emily Johnson, English Teacher and Student Achievement Coordinator
Ms. Johnson earned her B.A. in Secondary English Education from Augustana College in Illinois, then her M.A. in English from the University of St. Thomas in St. Paul, MN. She began teaching English at SPCPA in 2014. Prior to working at SPCPA, she spent six years in the English department in Sterling, IL, and was the Scholastic Bowl Varsity Coach for four years.

Marisa Meleck, Science Teacher
Ms. Meleck received her B.S. in Ecology, Evolution, and Behavior as well as her M.Ed in Science Education from the University of Minnesota – Twin Cities. Before joining SPCPA in 2019, she spent a year student teaching in both Minneapolis Public Schools and at Shakopee High School as well as teaching a Zoology lab for several years throughout her undergraduate career.

Elizabeth Echavarría Nelson, American Sign Language
Ms. Nelson is a Texan native from humble beginnings now living in Minnesota with her seven children. She has received a Master of Education from the University of Minnesota – Twin Cities in Human Resource Development as a Ray G. Price Fellow and holds a Bachelor of Arts in Chicano Studies. Her professional accomplishments include National Association of Profession Women 2013/14 Woman of the Year Award, University of Minnesota Women of Color Tapestry Award 2012, a certified Meyers Briggs Type Indicator I&II practitioner, and Ms. Nelson serves on the Minnesota Judicial roster of interpreters.

Kenneth Olson, English Teacher
Kenneth Olson earned his B.A. in English Education with a minor in German Education from the University of Wisconsin – Eau Claire. Kenneth began teaching English at SPCPA in 2019. Before working at SPCPA Kenneth worked as a Writing Tutor for the Center for Writing Excellence and as a Student Researcher at the University of Wisconsin – Eau Claire.

Sara Peterson, Science Teacher
Ms. Peterson joined SPCPA in 2016. She received her B.S. in Zoology and Biology Education with a minor in English Literature from North Dakota State University. She taught biology and physical science at West Fargo High School. She recently received her M.A. in Environmental Education from Hamline University.

Amber Pfromm, Math Teacher
Amber earned her B.A. in 2019 from Metropolitan State University. She is currently on the path to a Master’s degree in Educational Leadership from Minnesota State University, Mankato in spring 2023. She has formerly participated in BIPOC focus groups at other school districts, where she interviewed potential superintendent candidates and worked with the Education MN union in order to protect BIPOC educators. She believes that starting her teaching career shortly before the global pandemic has allowed her to be more flexible and creative in her teaching practices. In her free time, Amber enjoys reading, painting and quality time with the people that matter most.

Natalie Reinhart, Social Studies Teacher
Ms. Reinhart earned her Social Studies licensure and B.A. in American Studies from Carleton College. Ms. Reinhart formerly worked in AVID classrooms as a tutor and co-teacher, and she spent the 2016 school year in Minneapolis Public Schools as a student teacher and reserve teacher.

Mindy Richmond, Mathematics Teacher
Mindy Richmond joined the SPCPA mathematics department in 2019. She has earned her B.A. in Secondary Mathematics Education, and her M.S. in Curriculum and Instruction. Richmond has a wide variety of teaching experience from small rural schools in Kansas to large urban schools in Illinois. She loves to teach, garden, run, read, and coach 4-H teams in Rube Goldberg competitions.

Gina Sekelsky, English Teacher
Ms. Sekelsky holds a B.A. in Education from St. Mary’s University. After teaching elementary school in St. Louis Park, MN, she owned a graphic art studio for over twenty years before returning to education. Ms. Sekelsky joined the SPCPA community first as a parent; she began teaching in the English department in 2016.

Institutions who are scheduled to have spring break the week of March 16 to 20 will be suspending classes until March 30.

Coronavirus (COVID-19) and the Campus Community

Frequently Asked Questions Posted March 3, 2020FAQs Updated March 11, 2020 Minnesota State University, Mankato, in coordination with state and local health departments, is closely monitoring the spread of COVID-19, a respiratory illness caused by a novel coronavirus that was first detected in December 2019 in China and has since spread to several other countries, including the United States.

While there will be no regular classes at any of the institutions during the extra week off, all administrators, faculty and staff will report to work, as usual, so plans can be developed to teach classes using alternative modes of delivery and adjust campus learning spaces to ensure the safety of the system’s communities.

“We are continuously reviewing a range of strategies to limit the spread of COVID-19 and its impact on our campuses and the communities in which we live and serve,” said Devinder Malhotra, chancellor of Minnesota State. “I am committed to taking all steps necessary to protect the health and safety of our students, our faculty, and our staff. I am also tremendously grateful to all of the faculty and staff for the sacrifices they have had to make, as well as for their hard work addressing this challenging and dynamic situation. Our goal is to accommodate students and help them continue their education despite interruptions caused by COVID-19.”

Furthermore, the Minnesota State system has canceled all gatherings and events totaling more than 100 attendees until May 1, and has suspended all out-of-state related travel for Minnesota State System faculty and staff, effective Monday, March 16.

Students should contact their specific institution and instructors for specific details on their course delivery methods before classes resume.